I chanced upon Mandala Park, a weekend market while I was on instagram. I wanted to go with the full intention of trying Scour Honor’s cookies. But while I was there looking around I saw this curious looking sign which had a food that I’ve never heard of before. The sign said ‘Have you tried a pierogi?’ I haven’t but I’m curious to try one. 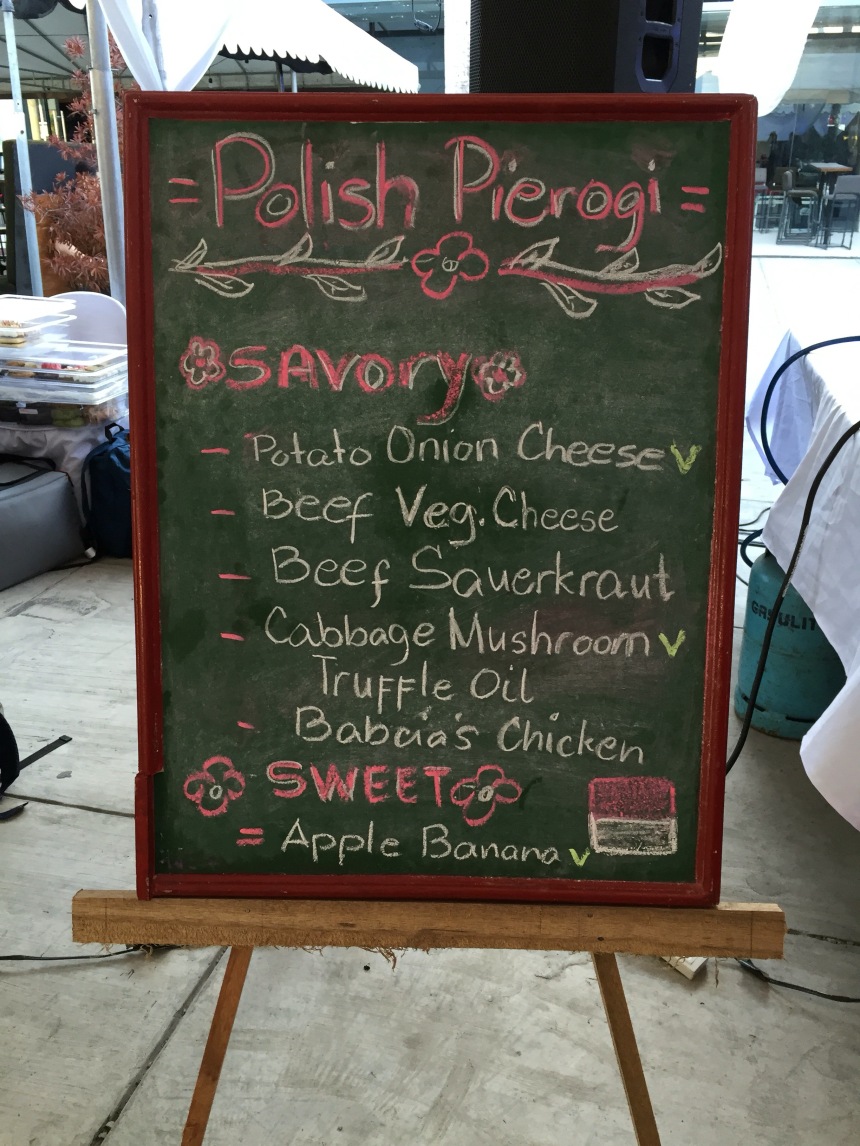 Pierogi is a national Polish dish. They’re dumplings which could either have savory or sweet fillings. Babci Kuchnia is the first and probably the only seller of pierogi here in the Philippines. I decided to buy 3 pieces which costs Php 120. They have six flavors available including the sweet filling. I had a hard time choosing because the owner said they all tasted good which I have to admit after the ones I tried I’m quite convinced to be true. I chose the following: 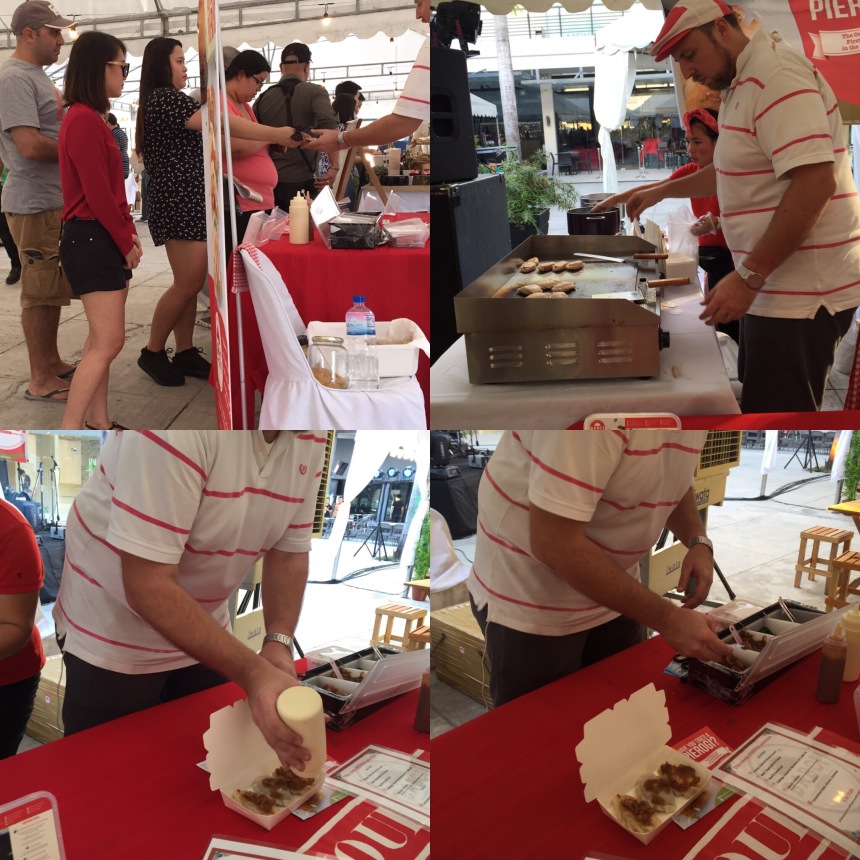 The owner from taking orders to cooking and placing the final touches to the pierogi. 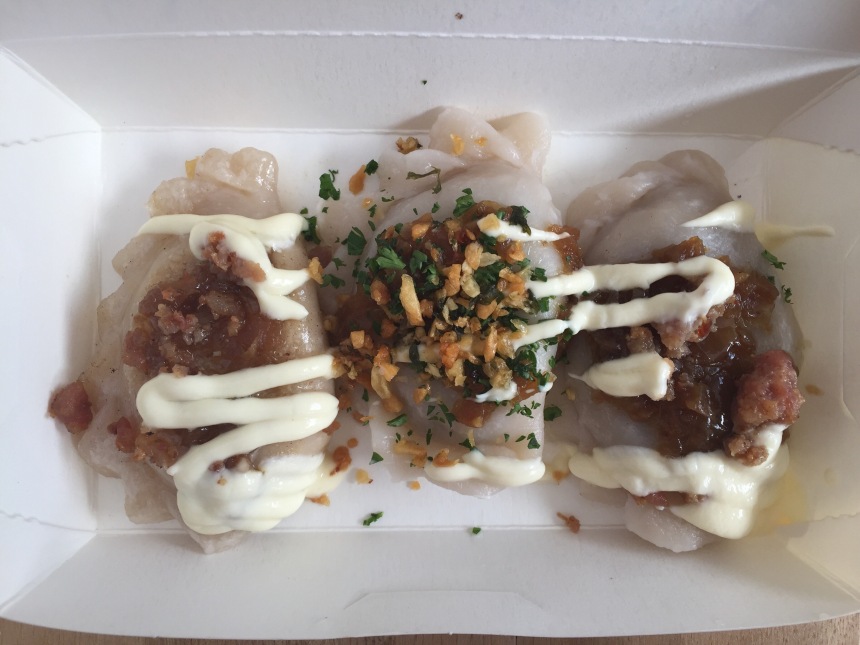 I tried the Potato Onion Cheese first and it was amazing it reminded me Ruffles with French Onion dip only healthier cause it’s not junk food. I tried the Babcia’s Chicken next which was good as well, Nat liked that flavor out of all 3 that I ordered. Lastly I tried the Beef and Sauerkraut this one, as described by the owner and Nat’s Polish friend, tasted lile beef sinigang the really good type which had the right amount of sourness which probably because of the fermented cabbage (Sauerkraut). I loved it so much I bought 2 more orders for take out and to eat at home.

I saw that you could also buy the uncooked version so that you could cook it at home. I wish that I bought some of that as well so that I could have them for my baon. Definitely next time I chance upon Babci Kuchnia I’ll splurge on some pierogi. 😁