During our last 2 days in Taiwan we spent it exploring our home base, Taipei. Our Airbnb is conveniently 2 minutes walking distance from the Ximen MRT station so we easily traveled around the area via MRT, compared to the first two days wherein we had to book a driver to take us to the different locations.

Taipei is easily accessible via MRT a lot of the prime areas are within walking distance from the station but there are some that are not. For those that are not near a MRT station there’s a bus option. But I didn’t take the time to learn their bus system so we stuck with the MRT. 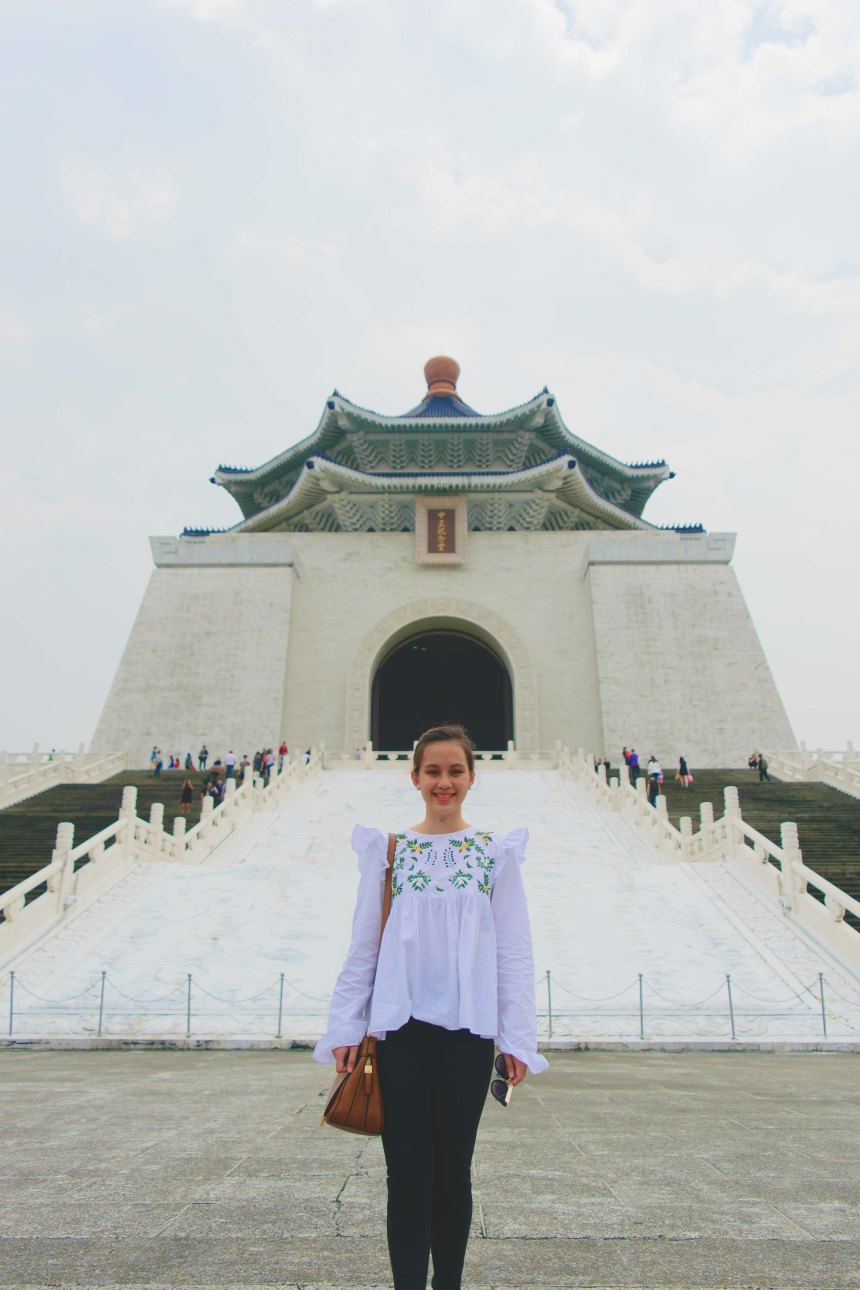 Travel Tip: Besides watching the changing of the guards be sure to explore the surrounding area of the memorial hall. There are a lot of scenic areas to capture your travel photos. 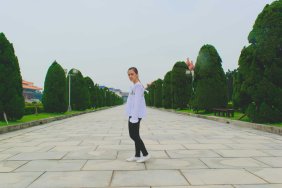 If you’re looking into having a food trip in a seated environment try going to Yongkang Street. The whole street is filled with different restaurants and cafes that you could try. Most of them are well recommended and have been featured so you’ll notice long lines for those places. Don’t get discouraged though because the short wait is usually worth it. 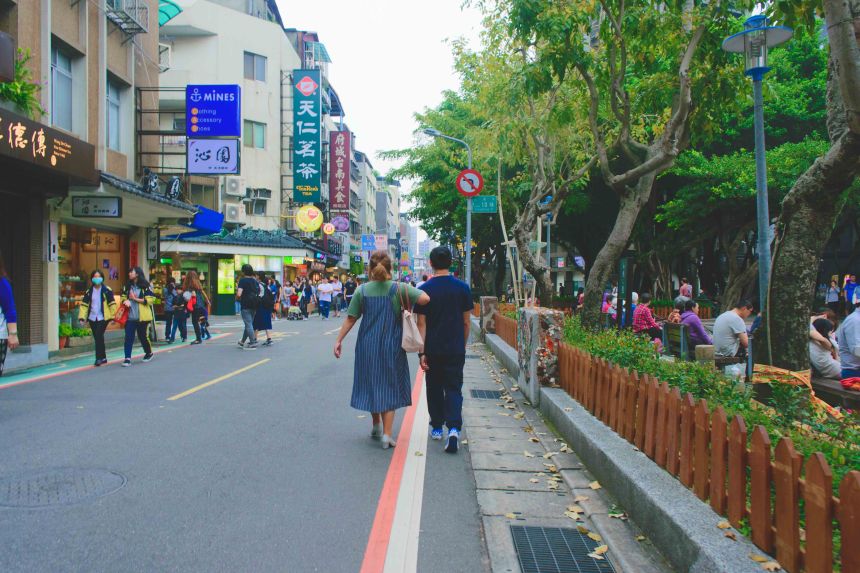 Travel Tip: Some of the restaurants though don’t have an English menu or their staff doesn’t understand English that well so it’s an advantage to know Mandarin.

If you’re looking for cheap finds in Taipei, head over to Ximending there are a lot of affordable shops in this area as well as food stalls/restaurants. 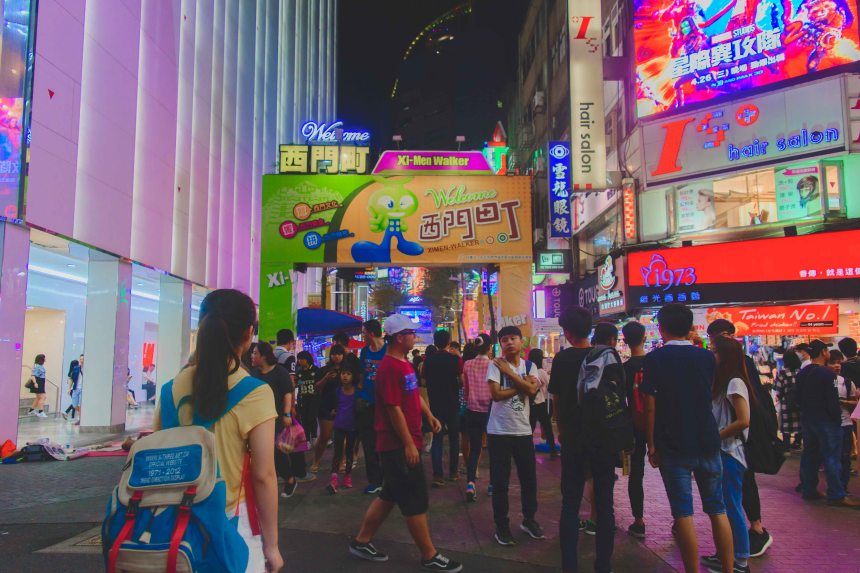 Travel Tip: If you’re feeling weary from all the walking you’ve done for the day try getting a foot massage at the Royal Paris massage place in Ximending. I really enjoyed their foot message (though it was bit pricey though probably because it’s a touristy area) and it took away most of the weariness I’ve been feeling in my legs and feet due to the excessive walking.

I  went to Fujin Street  because I wanted to try the Fujin Tree 353 Cafe.  It’s quite a long walk from the nearest MRT station to Fujin Street but there’s less walking if you take the bus. It’s a nice quiet street with a few high end stores and cafes. If there’s a store or a cafe you really really want to go to at that street then maybe it’s worth the hassle but comparing it from my experience at Yongkang Street, Yongkang Street has better and more afforadable selection of restaurants.

Songshan Cultural and Creative Park is the creative hub of Taipei. It houses the Taipei Design Museum, reddot design museum, and areas for exhibits. Entrance to the park itself is free however some of the exhibits and the museums inside the park has an entrance fee. Personally based on the pictures I’ve seen on the internet I’d prefer to go to Huanshan Creative Park instead. I feel that Songshan Cultural and Creative Park is more bare and if there’s no specific exhibit that you really want to go to it’s just a so-so experience. 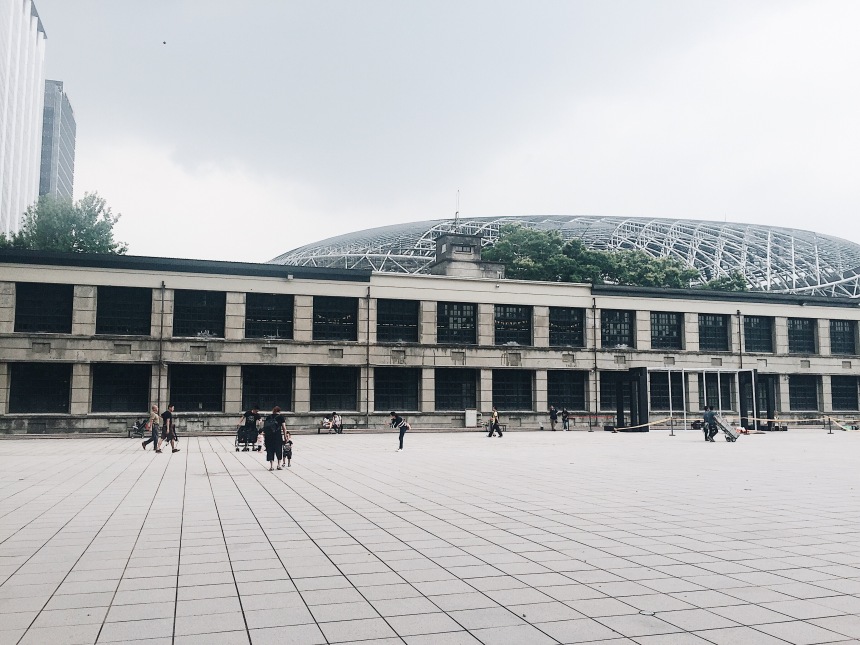 Elephant Mountain is deemed to have the best view of Taipei 101. During our last day in Taipei we decided to take the short hike and see the well-known view. From the start of the trail it’s about 10 minutes to get to the 1st view point. It takes another 5 minute hike up to get to the 2nd view point which offers a broader view of the cityscape. 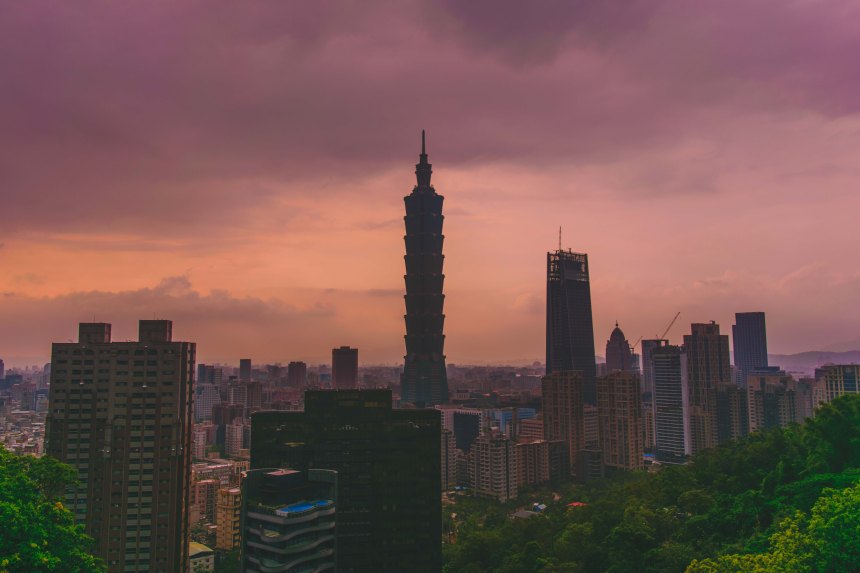 Travel Tip: To get the best unobstructed picture of the cityscape or of you with Taipei 101 on the background sit on top of the first big boulder in the center of the 2nd view point. There’s another big boulder behind it that’s where you want your photographer to be taking your pictures. Be careful though when climbing up and down of the boulders. 🙂

One of the most famous landmarks in Taipei. There’s a mall and observation deck here. We decided to opt out on the observation deck since it’s a bit pricey. The mall here carries different brands but a lot more on the luxury side. There’s a Din Tai Fung here where I decided to have my last dinner in Taipei. (more about my food experience in Part 4 of my Taiwan blogposts)

During the last day of our trip, I had some time alone to explore the city by myself. The thought of being alone is quite daunting but when you’re out there by yourself roaming around this unfamiliar place it can actually feel empowering and not just that, that day of solitude allowed me to pay attention and fully experience my surrounding, to interact with people I wouldn’t have to if I had companions.

I remember dining at Din Tai Fung and eating was a quite different experience. I remember noticing and taking in the flavors more. I also hiked up to Elephant Mountain by myself and when I was about to go down from the boulder, where you get the view of Taipei 101, some locals helped me find my way down since I had no visibility on where I should place my foot. It was nice to interact with the locals, even for a brief period.

I’m still not sure if I could survive a solo trip but I do know that I can manage and enjoy a day or two by myself. 🙂

11 replies to Be a Wanderer: Taiwan Part 3 – Taipei